Chuan and 430 stream, YYF documentary? Read on to find out more, and how to view the streams!

And iG announced this week that ChuaN and Ferrari_430 would be streaming first person gameplay via the iG YY streaming channel. As of this post, the next streaming session is scheduled for 20:00 China time on Jan 24 (04:00 Pacific time, Jan 24), the streamer being ChuaN. YY requires an account to access live streams, so see below for instructions on how to go about that. So far, the streams have had player voice chat, and the occasional cameo by other iG members, so be sure to check it out!

Watching streams via YY.com, click to enlarge (for imgur, here): 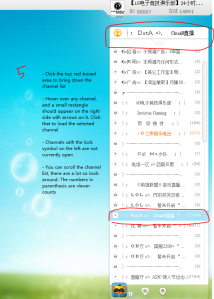